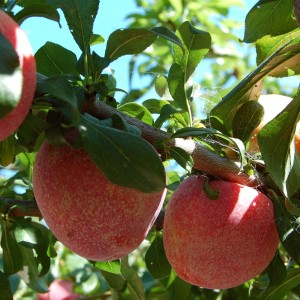 To encourage and foster public and scientific interest, research, education in and the preservation of rare fruit plants that have edible seeds, fruits, leaves, stems or roots and are not commonly grown commercially. The furtherance and encouragement of these activities shall be for the benefit of the public rather than commercial interests.

The California Rare Fruit Growers (CRFG) is the largest amateur fruit-growing organization in the world. Its membership includes nationally recognized botanical gardens and noted international horticultural researchers, as well as hobbyists, commercial growers and representatives from institutions of higher learning. The members of twenty-one chapters and individual members reside in 48 states and territories of the United States, but the membership encompasses over 35 countries worldwide. Although oriented toward the environmentally sound culture of any and all edible plants in the home landscape, CRFG is focused on species not native to nor grown commercially in any given area. Its mission is to share knowledge acquired from its activities with home growers in particular and with anyone else in the world having an interest in edible plant cultivation. More info on CRFG national website.

Refer to the contact us page for a listing of our local chapter’s leadership group.

Florence Strange had joined the Bay Area Chapter as it was getting organized in 1983. The Bay Area Chapter of CRFG was very active and drew interested people from the whole Bay Area. They were the ones who planted the rare fruit trees in Emma Prush Farm Park (“Prush Park”) in San Jose, with CRFG volunteers propagating and planting over 100 specimens of unusual and prized fruit trees.

In fall of 1986 they organized the first CRFG chapter north of San Francisco, naming ourselves the Redwood Chapter. The first members were brought together by Caroline & Terry Harrison and Kay Barr. Kay served as the original chair of the infant chapter for the remainder of 1986.

Florence Strange served as first full term chair of the Redwood Chapter from 1987 to 1988. We met six times a year for field trips or speakers. The meetings often drew attendance of 30-40 members.